Freeze on Cancellation/Non-renewals in Disaster Areas 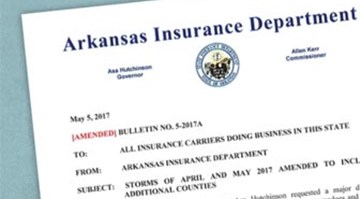 Over the last several weeks, many in our state have suffered great losses due to severe storms and floods. Governor Asa Hutchinson has asked to declare the following counties disaster areas:

The Arkansas Insurance Department has issued a 60 day freeze on the cancelling and/or non-renewal of policies for non-payment of premiums, starting April 26, 2017. It applies to Arkansans in disaster area counties who had serious property damage, injuries or loss of life because of the storms.

To get an extension, you must request it from your health plan. This is not a waiver. It is only a grace period on paying your premium.

Children Can Outgrow Weight Problems— With Some Healthy Changes