Common Myths About the Flu Shot 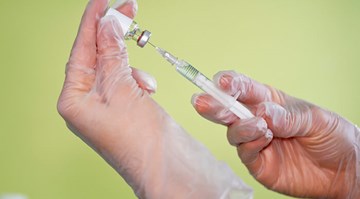 Millions of people get the flu every year. The Centers for Disease Control (CDC) tells us everyone 6 months of age and older should get a flu shot each year. There are still many myths about the flu shot, so we want to share the truth with you.

Myth: Flu shots can give me the flu.

Truth: No, a flu shot cannot cause the flu. The vaccines in the shots have a dead virus or an altered virus that is not able to give you the flu.

Truth: When the vaccine is a match to the viruses causing disease, protection is very good in healthy people. Each year’s vaccine is made to fight the viruses believed to be most dangerous that year. Sometimes, people who had the shot may get a flu virus later that season, but it is not as severe because the shot helps them fight the flu. Vaccines are not perfect, but they are the best protection for you and your family.

The CDC recommends that everyone gets the shot around October. The shot protects you, and it keeps you from spreading the flu to people whose bodies can’t fight disease as well. This includes elderly people or those who have illnesses such as asthma, diabetes, heart disease, etc.

Truth: Today’s flu vaccines are safe for expectant mothers. Pregnant women should get a flu shot to protect themselves and their babies. A recent study showed an increased number of deaths among unvaccinated pregnant women who caught the flu.

QualChoice members can get a flu shot at no out-of-pocket expense by going to any in-network pharmacy that offers flu shots and showing your QualChoice ID card*. Call Customer Service at 800.235.7111 or click here to learn more.

Note: The CDC no longer recommends the nasal mist vaccine to prevent the flu, and it is no longer covered by your insurance.

*If your pharmacy benefit is not handled by QualChoice, then this benefit may not be available to you.

Use 988 to Connect to the National Suicide Prevention Lifeline

Can Your Gut Health Affect Your Heart?

What You Don’t Know About Skin Cancer Can Hurt You